The BCRA has launched the new ARS100 banknote featuring the taruca, a north Andean native deer, which represents the highly valuable natural and cultural heritage of the region.

As from December 19, 2018, it will be distributed progressively through the network of bank branches and will coexist with the other banknotes in circulation with the same face value. 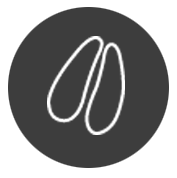 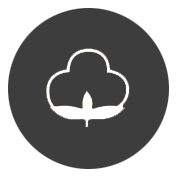 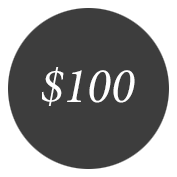 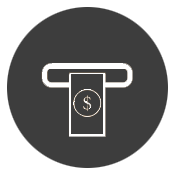 Design | The foreground design is engraved in intaglio and the background in Offset.

A picture of the taruca with ornamental flowers is shown together with the words TARUCA, MONUMENTO NATURAL NACIONAL" (NATIONAL NATURAL MONUMENT). The words BANCO CENTRAL DE LA REPUBLICA ARGENTINA appear on the right side.

The background shows, as a security feature, a picture of a mountainous environment in the obverse lower part. In the upper part, the sky and the tarucas footprints in multiple directions are seen as a symbol of plurality; and ornamental flowers on both edges of the banknote.

The main design shows an artistic recreation of the Cordón de Famatina, habitat of this mammal. The map of the distribution of the taruca is between the landscape and the bicontinental map of Argentina.

The picture of a group of tarucas is formed when both upper sides of the banknote are brought together. The footprints shown in the background in different directions encourage the idea of plurality in the obverse side.

At the bottom left-hand corner, there is a picture of the taruca as an element dedicated to children.

The taruca (Hippocamelus antisensis) is a north Andean native deer which represents the highly valuable natural and cultural heritage of the region.

It is one of the seven native species of deer of our country. It has a yellowish gray coat, dark brown tail and long and prominent years.

Each antler has two tines; the pair at the rear is bigger than the one at the front. Antlers branch close to the base, unlike the south Andean huemul (Hippocamelus bisulcus) whose antlers do not branch from the bottom. The huemul is native to Argentina's and Chile's Southern Region.

Its cross-shaped height (its head, horns excluded) varies from 0.77 to 0.80 cm. Groups of 3 to 20 animals can be seen together while eating grass, moss and lichen. Its gestation period is of about 7/8 months and it gives birth to only one offspring per birth.

It lives in Perú, the west of Bolivia, north of Chile and northwest of Argentina. In our country, we can find it in Jujuy, Salta, Catamarca, Tucumán and La Rioja, among grassland and high steppes (between 1,900 and 5,000 meters above sea level) with rugged grounds and steep gorges.

Source: Department of Wildlife of the Environmental and Sustainable Development Secretariat / National Parks of Argentina / Conicet

The six banknotes of the series Argentinas Native Fauna pay homage to our countrys great natural riches and attach importance to its conservation.

This new series involves substantial renewal and improvement of the quality of money in circulation. Each banknote features an animal native to each region of our country on the obverse side and the habitat of that species on the reverse.