The BCRA has launched the new $1000 bill that will be progressively distributed along the country as from December 1, 2017.

The obverse side of the bill has been designed vertically and it features the Rufous hornero as the representative animal of the Chaco-Pampas Region.
This is the fourth bill out of six of the new series called "Argentina's native fauna. 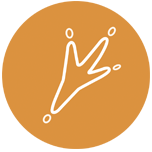 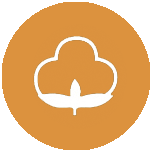 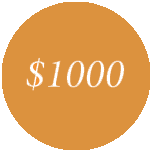 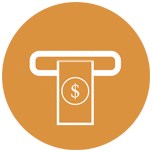 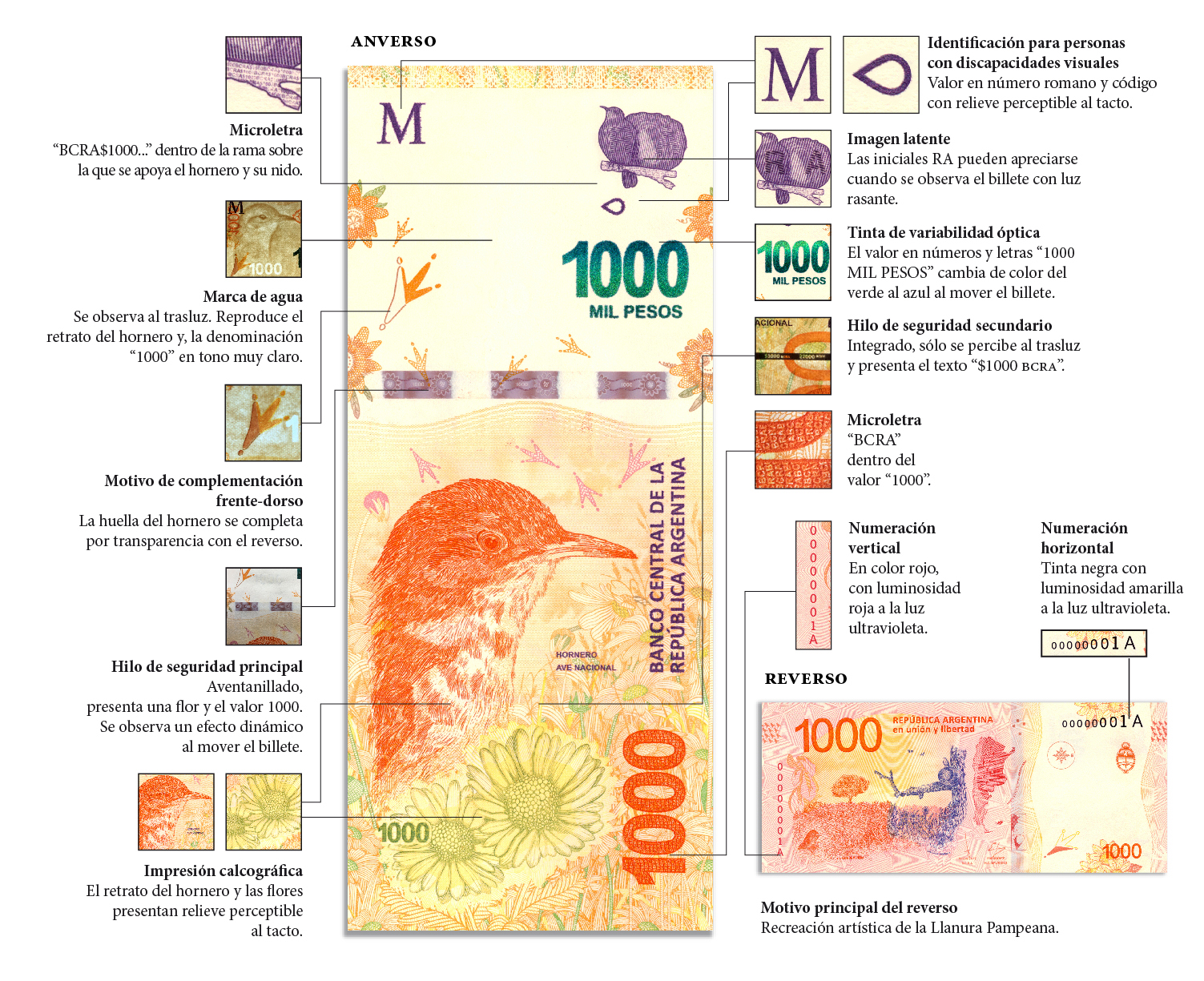 Design | The foreground design is engraved in intaglio and the background in offset.
A picture of the Rufous hornero with ornamental flowers is shown together with the words HORNERO AVE NACIONAL. The words BANCO CENTRAL DE LA REPUBLICA ARGENTINA appear on the right side.
The background shows, as a security measure, a picture of the vegetation of the pampas plains in the lower part of the obverse side. In the upper part there appear the Rufous horneros footprints in multiple directions as a symbol of plurality; and ornamental flowers in both edges of the bill.
In the top left corner, letter M expresses the value in roman numbers, and in the top right corner there is a picture of the birds silhouette and its nest.

Furnarius rufus is the scientific name of this bird. It was declared Argentine National Bird in 1928 by the Ornithological Association Asociación Ornitológica del Plata (known nowadays as Aves Argentinas) after the newspaper La Razón carried out a survey answered by forty thousand students across the country. Reed more about this story.

The Rufous hornero is an emblematic bird and one of the most representative species of Argentina. The nest made with clay, straw and roots and its duet song are the two main features to identify this bird. It lives in the city as well as in the countryside where it builds a climate-resistant nest.


Above on that post, if the clay is soft,
he sings with sheer joy.
I wish I were an ovenbird
and build my hut while singing.

Fragment of the poem "El hornero" by Leopoldo Lugones

The new series highlights the enormous richness and biodiversity of Argentina.

The obverse side of each bill features the image of an animal native to each Argentine region, while the reverse side depicts the habitat of each species.

This series consists of six bills featuring the Rufous hornero, the jaguar, the southern right whale, the taruca, the Andean Condor and the guanaco. This design is intended to be a meeting point where Argentinians may contribute to reunion when it comes to honoring our country, and our fauna, thus causing everyone to commit to the environment, happiness and life.

For more information about the 6 animals and their habitat watch this documentary.

Apart from improving the security and quality of money in circulation, the BCRA is promoting the development of new electronic means of payments which reduce costs, make transactions more secure and encourage greater financial inclusion.