Board of Directors | Duties

The Board decides on the Banks monetary and financial policy implementation. It takes part in decisions affecting the monetary and foreign exchange markets; sets general policies related to economic regulations and to financial system growth; establishes the denominations and characteristics of bills and coins; authorizes the opening of new financial or foreign exchange institutions and revokes their authorization to operate, and establishes the rules for the Banks organization and management.

It also performs all other duties assigned to him by BCRA Charter Sections 14 and 15.

She is a lawyer, graduated from Universidad de Buenos Aires (1978-1983) and specialized in Administrative Law and Human Rights.

She was the head of Legal Affairs for the liquidation of Líneas Marítimas Argentinas and Banco Nacional de Desarrollo (1998-2000). She was responsible for Legal and Regulatory Audit at the Internal Audit of the National Superintendence of Insurance (1993-1998), where she also served as liquidation trustee at the Liquidation Management Office (1991-1993). She worked as a lawyer in the Legal Affairs Bureau of the Ministry of Economy (1988-1991) and in the Office of the Attorney General of the former Municipality of the City of Buenos Aires (1984-1987), legally representing both government bodies in court. 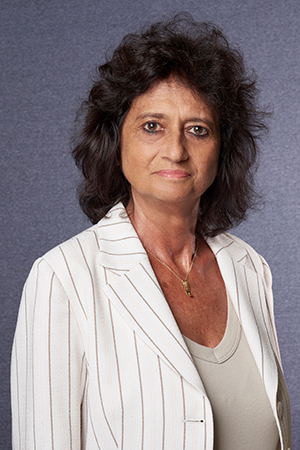