Financial Education and Inclusion: BCRA Signed an Agreement with Province of Chubut

Miguel Pesce, President of the BCRA, and Mariano Arcioni, Governor of the province of Chubut, have signed today an agreement for cooperation in financial education. This agreement seeks to strengthen users knowledge and skills, and to boost the financial inclusion of the most vulnerable sectors.

The BCRAs financial education programs, developed from a federal perspective, have proved to be successful in several provinces of Argentina. Indeed, Chubut joins the seven provinces that have already signed an agreement with the BCRA, including Santa Fe, San Juan, Neuquén, Chaco, Formosa, Misiones and La Pampa.

The agreement with the province of Chubut was signed for three years. It provides for different initiatives, such as: developing actions addressed to students of different educational levels, promoting training programs for teachers, as well as conducting educational actions aimed at people from vulnerable groups in society, such as the retired and pensioners, social security beneficiaries, and informal workers.

Sergio Woyecheszen, Vice President of the BCRA; and Daniela Bossio, Financial Regulations Deputy General Manager, were also part of the event, along with Miguel Arnaudo and Rodrigo Gaitán, President and Vice President of Banco del Chubut.

Since 2020, 3,773 teacherswho give classes to more than 300,000 secondary school students every yearhave received training through the BCRAs financial education programs. The activities also involved the transfer of financial knowledge from the students to more than 65,000 family members and other citizens. 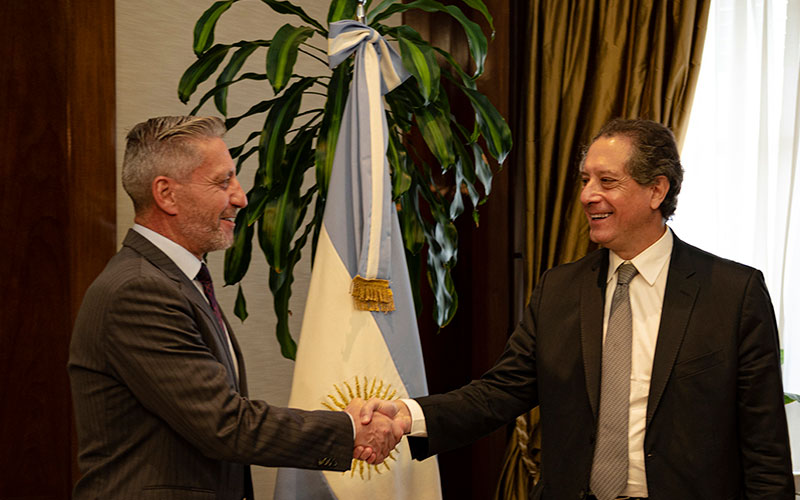