To provide legal assistance and counseling to the BCRAs authorities and staff members of the different organizational units.

Cristian Eduardo Pujol graduated as a lawyer from Universidad de Buenos Aires (UBA). He also attended the masters program in Law, Economics and International Business at Universidad de Palermo (UP).

He joined the BCRA in 1993 to serve as an intern in the Human Resources Management Office and, after that, as an Assistant at the Legal Opinions and Research Deputy General Management Office. From 2005 to 2010, he held the positions of Chief and Deputy Manager of Legal Opinions and, and then, until 2016, he served as Financial Law Deputy Manager at the Legal Advisory Senior Management Office. Afterwards, from 2016 to 2019, he served as Financial, Foreign Exchange and Commercial Law Manager and, from 2019 until his current position, as Operations, Regulations and Supervision Legal Advisory Manager. 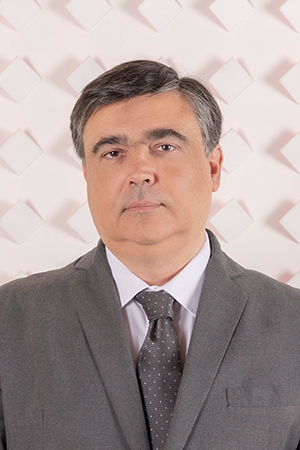