To supervise BCRA compliance with Charter provisions and other applicable regulations, reporting to the Board, the Executive and the National Congress (BCRA Charter, Section 36).

From 1982 to 1992, he worked as attorney-in-fact of financial institutions being liquidated by the BCRA. He became a member of the BCRA staff in 1992, holding a number of positions to eventually become Legal Services Deputy General Manager where he served until 2019. Afterwards, he served as an advisor to the Governor until being appointed as Supervisory Auditor. He had previously worked as counselor for insurance companies, and as a legal advisor to the World Bank. In turn, he worked on the latest amendments to the Law on Financial Institutions, a subject on which he has given lectures in many forums. He was a member of the Legal Experts Committee created under Executive Order No. 1050/2011 for the preparation of the Argentine Digest.

In the academic field, he was a full professor, associate professor and adjunct professor of Commercial Law, Criminal Law, Prevention of Money Laundering, and Civil and Commercial Procedure at public and private universities. He has authored papers and articles on central banking and financial law for law journals and the La Nación newspaper. He has also contributed to legal treatises on central banking at a national and international level. He has given lectures on these topics in Argentina and abroad. 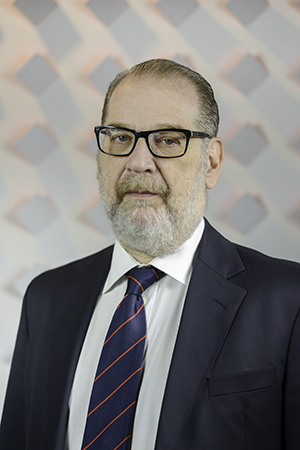